Let’s take care of one another

Autostrada Wielkopolska and Autostrada Eksploatacja have jointly launched a campaign “Let’s take care of one another”. The campaign is aimed at raising awareness that ordinary gestures and simple acts may keep everybody safe during these unusual times of the outbreak. During the campaign the concessionaire and the operator of the concession section of A2 delivered coronavirus tests to the Medical University of Poznań and medical supplies to the Regional Ambulance Station in Poznań.

The “Let’s take care of one another” campaign is aimed, on the one hand, at making the travelers on the concession A2 aware of what the staff of the concessionaire and the operator are doing to ensure safety to all drivers and, on the other hand, at showing the users that only if we take care of one another, we will have comfort of feeling safe during outbreak. In concern of the public health, Autostrada Wielkopolska encourages the drivers to use contactless methods of payment at toll plazas with their smartphones or bank cards, provided the latter support such functionality. Also, all entry ticket dispensers in the concession section Świecko - Gołuski now eject tickets automatically, without the need to push the button. The staff members of the Operating Company whose faces appeared earlier on the posters urging the drivers to drive safely, this time focus on reminding them of the basic guidelines of the Sanitary Authority such as: washing hands regularly, refraining from touching one’s face, social distancing and disinfecting the steering wheel and the dashboard in cars.

- Caring for each other involves more than only disinfectants used by our staff to wash their hands and anti-virus tissues to disinfect our bank terminals and work place by toll collectors. It also means additional preventive measures taken by our subcontractors, such as, for example, disinfecting all toilets at Rest and Service Ares in the entire stretch of the concession A2 from Świecko to Konin by an expert cleaning company, said Renata Rychlewska, the spokesperson for the Operator, Autostrada Eksploatacja.

By taking care, both companies also assist the health service of Wielkopolska in combating the coronavirus. Thanks to Autostrada Wielkopolska, the Medical University of Poznań received the test kits permitting the performance of 1440 coronavirus tests. Responding to the plea of the Regional Ambulance Station in Poznań, Autostrada Eksploatacja delivered 1000 masks for the Station’s staff, while Autostrada Wielkopolska supplied 920 liters of hand and surface disinfectant. Neither of the companies will stop helping out. Another shipment of personal protective gear has been ordered and should be delivered to the paramedics in early April. 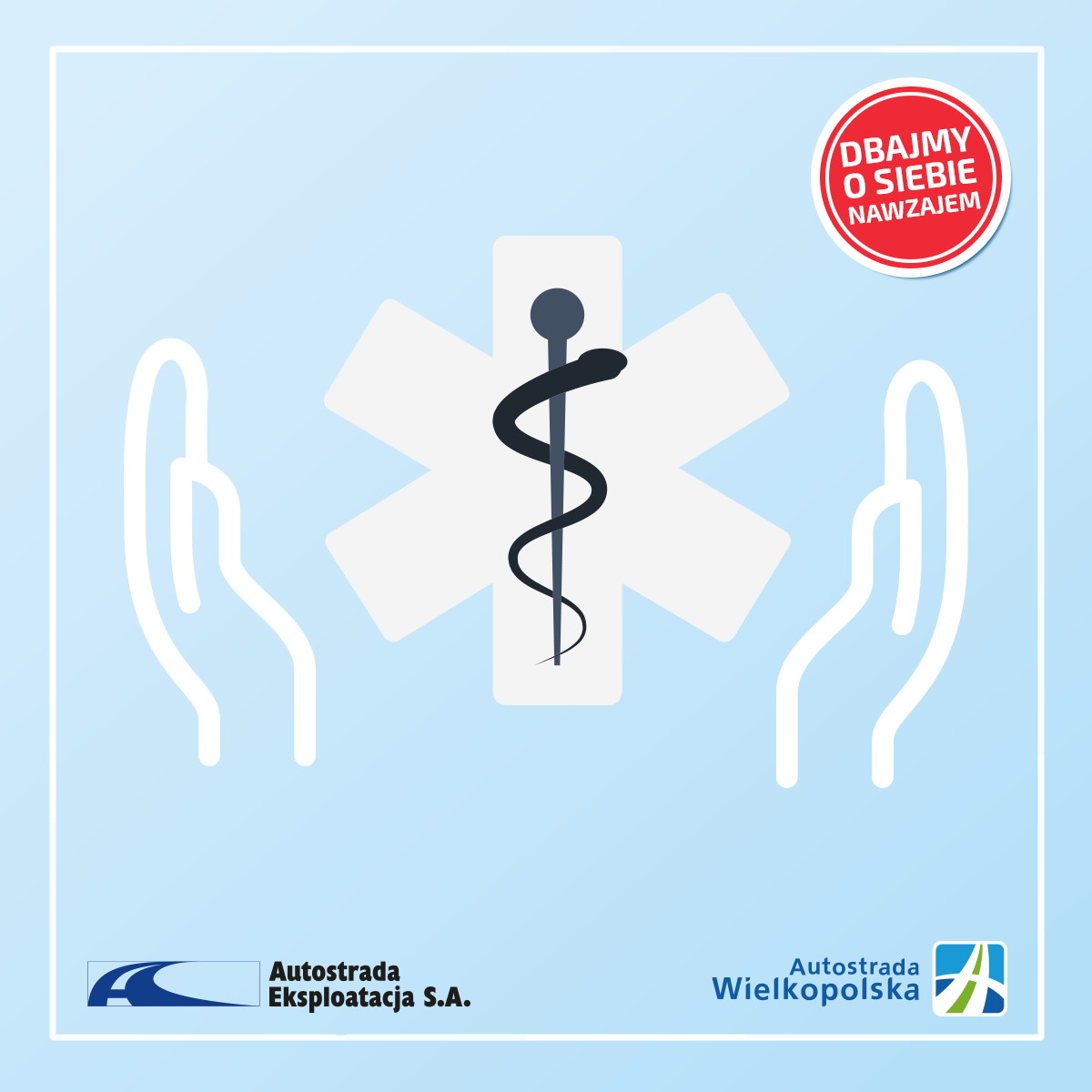 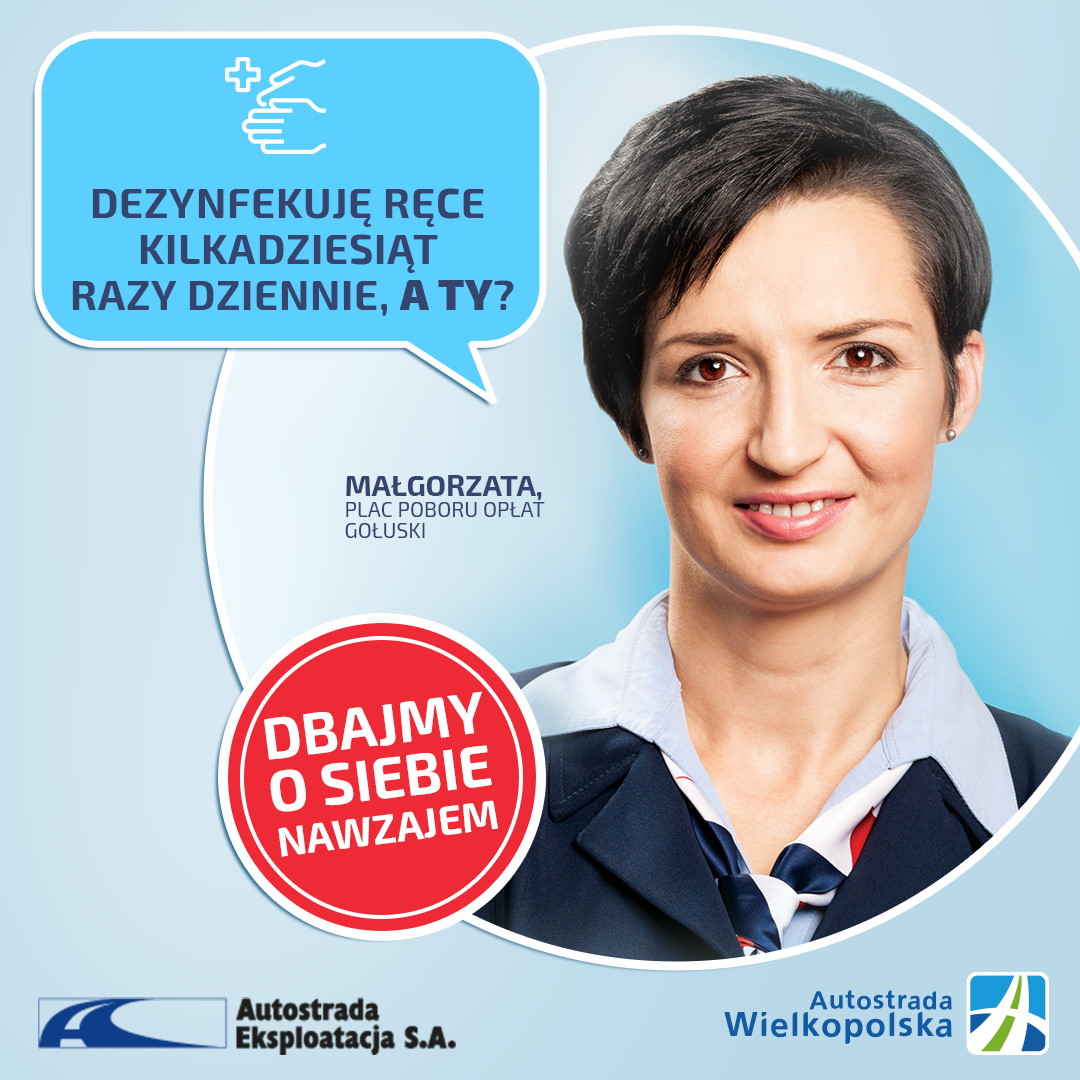 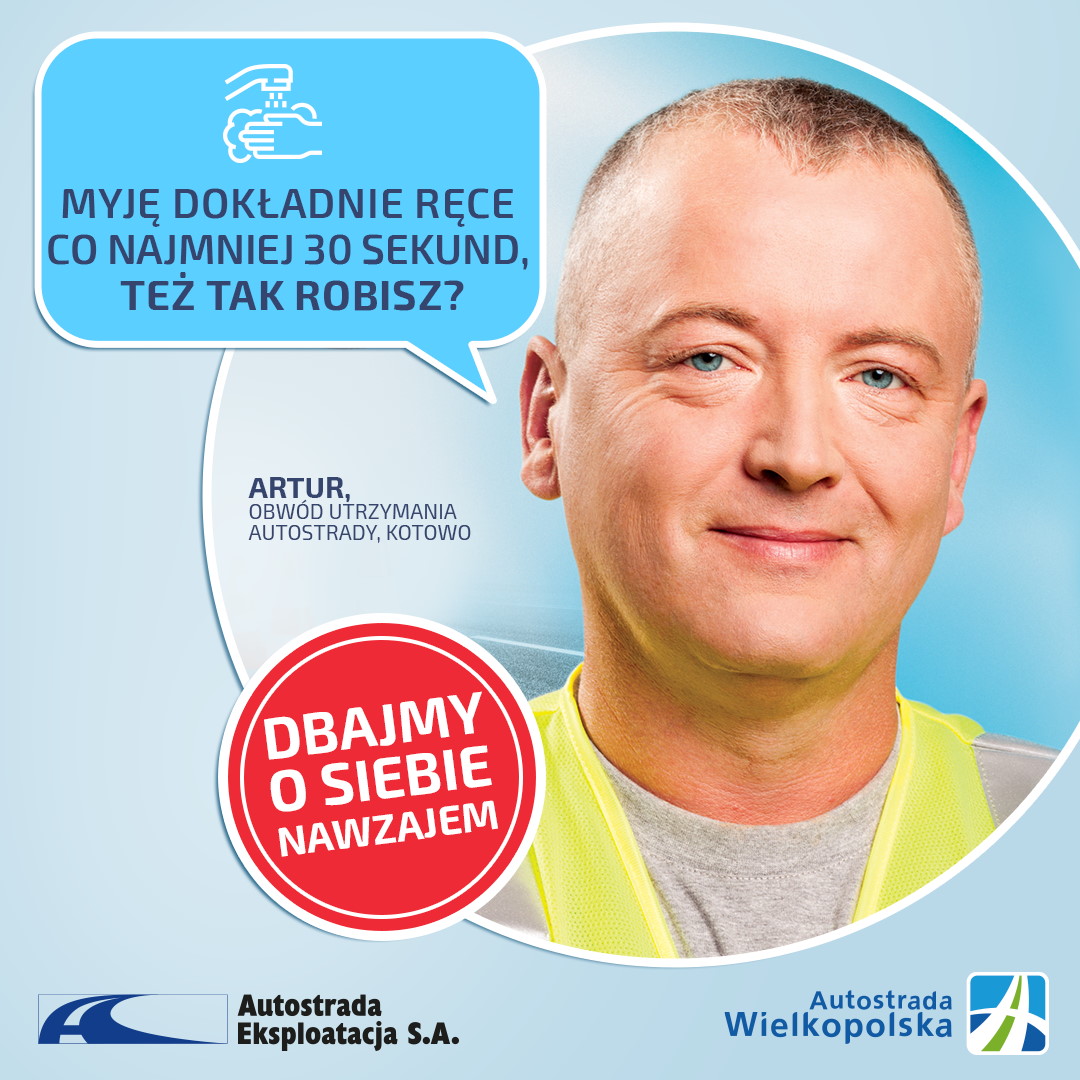 NEW TOLL RATES ON A2 MOTORWAY

As of 2March 2020 toll rates will change on toll sections of A2 Motorway Nowy Tomyśl - Konin. The new tariff reflects the actual maintenance cost of the motorway resulting from the required investments that enhance the comfort and safety of users, the cost of debt service, as well as due to the significantly growing inflation. The next stage of enhancing the quality of the concession motorway managed by Autostrada Wielkopolska following the completion of the Poznań Bypass extension will be the project involving the deployment of electronic toll collection at toll barriers using the automated number plate recognition system (vide toll) and a loyalty scheme for the drivers.

The change of the toll rates on the 150 km long stretch of A2 will become effective as of 2 March 2020, 6:00 a.m. From that day on the toll rates (inclusive of 23% VAT) for driving on each of the three 50 km sections between Nowy Tomyśl and Konin will be as follows:

The change of toll for Category 1 (motorcycles and two-axle motor vehicles) and Category 5 (oversize vehicles) is the first change of tariff in the past two years. In all other categories this is a second change in the past six years. The cost of using the A2 section Świecko - Nowy Tomyśl remains unaltered.

The need to adjust the tariff results from the increasing pressure of inflation, as the toll level is based on the actual maintenance cost of the motorway, debt service and the long-term heavy maintenance and investment plan. The data of the Central Statistics Office (GUS) show that inflation in January 2020 has been the highest in more than 8 years at the rate of 4.4 per cent YOY. In the recent two years a big and abrupt increase of cost of road projects has been experienced. The biggest increase has been noted in the areas of earthworks and subbase costs, as it reached almost 10%. Last three years have also featured a significant growth of salaries in the private sector by almost 14%. The most recent research of the Economic Development Institute at SGH School of Economics flags a substantial inflation growth anticipation. 88 percent of the respondents anticipate that inflation will remain at the current level or even grow higher.

Autostrada Wielkopolska has initiated a technical dialog with the Ministry of Infrastructure that is meant to result in the launching of electronic toll collection system at toll barriers using the number plate recognition system, called video toll. This type of project requires that a number of time-taking and specifically prescribed procedures be met and agreement be reached among many parties. It will be possible to launch it still this year, which will largely facilitate travelling on the motorway to all drivers.

- It is our ambition to continue enhancing the quality of our motorway, so that it remains the most modern motorway in Poland. The launching of contactless payments at Toll Plazas and Stations will permit more convenient and faster passage through toll barriers. The owners of modern electric cars won’t have to be afraid of long trips on the motorway, as most of the Rest and Service Areas between Konin and Świecko will be equipped with charging stations for electric cars. For those who regularly drive on our motorway, we intend to launch a loyalty scheme as a reward for all frequent users. Details of this scheme will be announced in the forthcoming months. – says Krzysztof Andrzejewski, Member of the Management Board of Autostrada Wielkopolska.

The largest project of Autostrada Wielkopolska now in progress is the extension of the Poznań Bypass worth PLN 202 million. This is the first Polish project of such complexity built on site under traffic. Since 20 December 2019 there are already three lanes in each direction on the 16 km stretch of the Poznań Bypass, from Poznań West (Zachód) Interchange to Poznań Krzesiny Interchange. This phase has been completed half a year ahead of schedule. The fact that the three-lane bypass has been opened to traffic does not mean the project is over. This spring the remaining works will be performed. They will include, without limitation, the expansion of the existing noise barriers and construction of new ones where the environmental regulations require them to be built to protect the environment from noise generated by traffic. The noise barrier area will be almost tripled and will amount to 28 thousand m2. Guard rails at interchanges will be replaced and the signage replacement will be completed, too. An important change that will enhance safety of the drivers will be the traffic management system that is going to be launched still this year. Ten variable message signs between Gołuski and Nagradowice Toll Plazas will provide ongoing information to the drivers regarding the traffic situation. The extension of the Poznań Bypass has been extremely important to many millions of drivers within the Poznań metropolitan area who use the Bypass free of charge. This project is the best example of the provision of the highest quality motorway service by Autostrada Wielkopolska.